Social Media Highlights, Tips & Tricks from Around the Web…

How To Use Social Media To Generate Leads 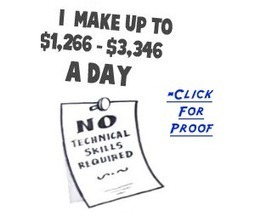 Both small businesses and enterprise business are often faced with a perplexing problem. How to use Social Media To Generate Leads?

See it on Scoop.it, via Social Media Tips by FMMG

Bring Music to Life for Our Photo Challenge

For this week’s edition of the Mashable Photo Challenge Guest Series, we want to see your most incredible photos taken at a concert. Photographing live performances can be challenging — you have no control over your subjects and the lighting, and very little access to good angles. But the colors and the energy you capture in your photos will guarantee a rewarding experience.

“A great concert photograph gives you the feeling that you are there and in the moment with the performer,” guest curator Paul R. Giunta says. “It tricks the senses and puts you back in the audience when you last saw your favorite band or heard your favorite song performed.” Read more…

The latest update for the Android Facebook app adds the ability to “edit your posts and comments and tap to see all your changes.” However, the editing has not been enabled on any of the Android devices we experimented with.

The editing feature will roll out to Facebook users on the web and Android devices over the next day, Facebook confirmed to Mashable. The editing feature is not included in the latest iOS app, but will likely get pushed out in the next update. Users will see the option to “Edit Post” when they click on the drop-down arrow in the top-right corner of a post. Read more…

There’s no obvious solution to the ongoing civil war in Syria that has an estimated death toll of 100,000 civilians and displaced more than 1 million citizens since 2011. In a country rampant with sectarianism, more than 1200 rebel groups are fighting against the ruling government of President Bashar al-Assad.

Syrian activists and foreign journalists are using social media to communicate and raise awareness about the conflict. Four panelists at the Social Good Summit on Tuesday presented their diverse views on the humanitarian efforts in the conflict.

“National Bullying Prevention Month,” isn’t until October, but social media sites are already gearing up for the conversation

See also: How to Change Your Facebook Relationship Status Without Alerting Friends

Meanwhile, Google+ is teaming up with PopSugar, a media network that operates a number of female-focused websites, for three to four different Google Hangout sessions throughout October. The Hangouts will be hosted by Google+ and PopSugar Moms, and will address issues like cyberbullying, suicide prevention, and a “Parent-Teacher Conference” session about how educational institutions can better support safe student activity over social media channels Read more…

Why ‘Clicktivism’ Isn’t a Dirty Word

Liba Rubenstein, Tumblr‘s director of outreach, has heard all of your complaints.

She knows some people think online activism is lazy. She’s aware that some believe what society does online is independent of what they do offline. She’s heard every argument against “clicktivism.”

“At best, [online activists] are accused of being naive of how the world really works,” she said at the Social Good Summit. “At worst, we’re accused of actually degrading the very nature of activism.”

But at the summit, Rubenstein and other online activists explained why “clicktavism” isn’t “slacktivism”. Read more…

The first really talked-about New Yorker cover came nearly 70 years after the magazine’s founding. In 1992, when Tina Brown took over as the fourth editor in its history, she broke a long-standing editorial taboo by adding three brand-name visual artists to the staff: cartoonist Art Spiegelman, illustrator Edward Sorel and photographer Richard Avedon. The Feb. 15, 1993 edition — coming one day after Valentine’s Day and not two years after the Crown Heights riot — was fronted by Spiegelman’s drawing of a Hasidic man, in hat, coat and beard, making out with a black woman.

There was, generally speaking, an uproar. But not from all quarters, according to Spiegelman. “Many voices came forward to express delight with the cover as well,” he said in Blown Covers, a book about New Yorker covers edited by the magazine’s art editor, Franoise Mouly (who is also Spiegelman’s wife). “My favorite was from a young reader who wrote that she didn’t understand the controversy. She thought that it was sweet of the magazine, on the week of Abraham Lincoln’s birthday, to show him kissing a slave.” Read more…

The Glendale Unified School District in southern California signed an agreement in August with Geo Listening, a startup that searches social media for posts that might signal a potential problem. Geo Listening is capable of finding posts that might indicate things like depression, bullying and hate speech by students or others in the area, and bring them to the attention of school administrators who can determine the best next steps. Read more…

Twitter will more actively share personalized recommendations about which accounts users should follow, the company announced Tuesday. Users will now receive push notifications through Twitter’s mobile apps if a number of accounts in their network begin to follow someone new, or retweet or favorite the same tweet

“If you’re like me, you occasionally feel like you’re missing out on some of the day’s great Tweets, or that you’re the last to find out when someone awesome joins Twitter,” wrote Venu Satuluri, a senior software engineer at Twitter, on the company’s blog. “We wanted to tackle that problem.” Read more…

American employers who block websites in an attempt to boost productivity at work are most likely to start with Facebook. One in five Americans can’t access the social media site while at work

Twitter is a close second, with 15.1% reportedly blocking the site

See also: 10 Ways to Boost Sales on Your Ecommerce Website

Using data from an extensive workplace survey conducted among 1,021 half-time and full-time employees in the U.S., this chart from Statista shows which websites and services are blocked at workplaces by employers.

Surprised by any of these blocked sites? Want to gripe about your company’s policy? Let us know in the comments Read more…

Tech, Energy & Ambitions: Assessments at the Intersection of Technology, Investment and Policy

The man your librarian warned you about...

We are the cost effective way to promote, advertise & to provide slogans for your brand & business!

Keeping current in wellness, in and out of the water

Bringing the best in health supplements from around the world.

Digital + Direct Marketing with a big dash of social

Your guide to location based services, GPS, social and mobile

The Social, Location and Mobile Guru

Smile! You’re at the best WordPress.com site ever

Thanks for visiting my random musings

Trying to capture the beauty everywhere